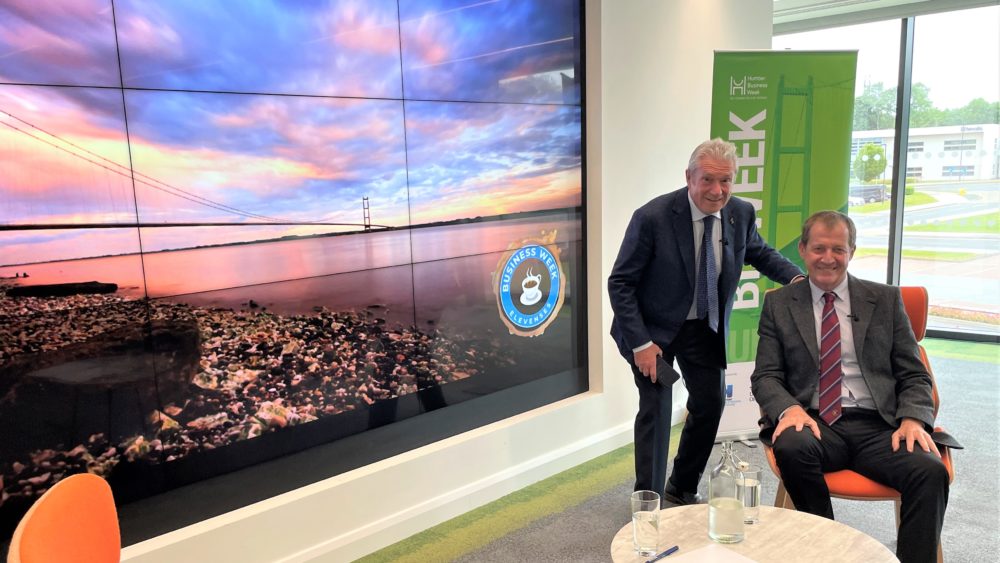 Political heavyweights who have been there, done it, won it

We like surprises and our first Elevenses event of Humber Business Week 2022 served up a big one when Alastair Campbell was joined by Lord Prescott and Alan Johnson – the three of the key figures in Labour’s hat-trick of general election wins from 1997 to 2005.

Their majorities put the Conservative successes of more recent years in a stark perspective. Boris Johnson’s margin of 80 in 2019 was the biggest Tory majority since Margaret Thatcher’s 102 in 1987.

Alastair has been called many things but shrinking violet was never one of them, and when we met he was at his most outspoken with his attacks on the current government and his challenges to Keir Starmer and the Labour party to stand up and be counted.

But Alastair also spoke with authority about the broadest range of subjects of anybody I’ve had a natter with. He’s not likely to be the most popular guy on the planet, and he does have that reputation, but I found him really engaging and with a mind like a steel trap.

With it being a Biz Week event I particularly liked his thoughts on what it takes to win, getting the right strategy, team-ship and leadership, working together.

I have been a leadership junkie all my life but I was grabbed by Alastair’s comments about the great leader addressing the anxieties of the people they lead; that’s something that will stay with me.

Another thing that struck me was his respect for Lord Prescott and Alan as people who became proper politicians because they had done proper jobs first.

My conclusion is that Alastair has so much to give. He shows conviction beyond a professional interest. As the strategy and comms guy he’s professional at what he does and worth listening to on a variety of topics. Some people have issues with him but I would say put thethosem to one side and have a listen, because he has some really good stuff to say.