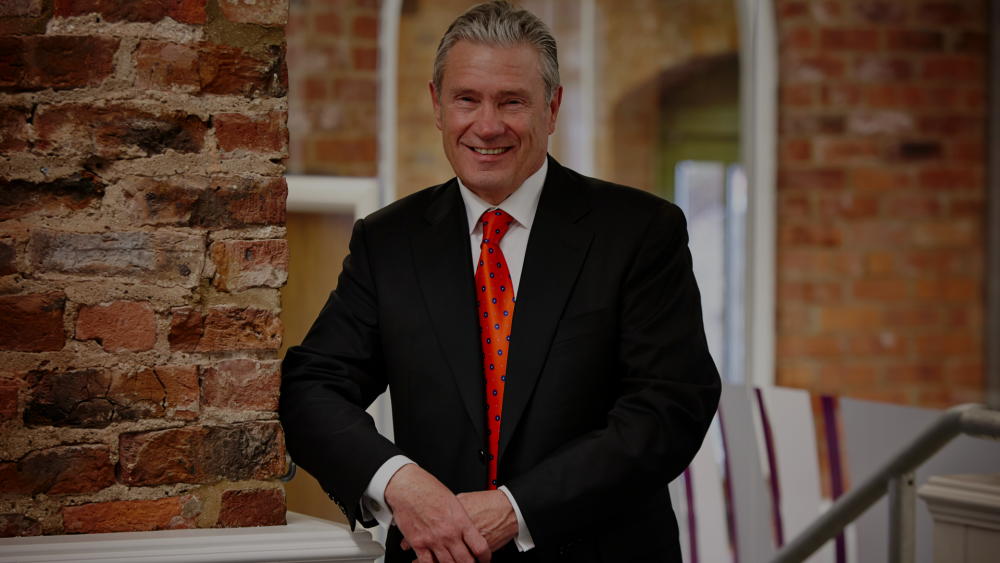 An entrepreneur who passed up a future in the family fruit business and then missed out on stardom as a professional footballer has captured his rise to become a leading figure in the regional business community by publishing the story of his life.

“Half a Lettuce – the Life and Times of an Entrepreneur” charts Paul Sewell’s upbringing in and around Cottingham, East Yorkshire, from mingling with the barrow boys in Hull fruit market to driving a world class business agenda as Chair of Hull-based Sewell Group and a key figure behind the Yorkshire International Business Convention and Humber Business Week.

Paul was supported in the project by his friend and colleague Alan Johnson, the former MP for Hull West and Hessle who held a number of senior roles in Government and Opposition and who is now an acclaimed author. He is currently working on a novel having achieved great success with a series of four memoirs.

Alan said: “From its vivid description of Hull’s fruit market in the 1950s to the way it illustrates the rise of the Sewell Group to be one of the Sunday Times top companies in Britain, this is a fascinating story, beautifully told.

“It shows how a secondary modern boy from a tough East Riding family overcame every setback to become an inspiring leader determined to nurture success in others.”

The book explores Paul’s personal and professional past, combining social history and commentary, humorous and poignant anecdotes and a treasure trove of business insight and lessons learned from success and failure in transforming a small building firm into a leader in construction, Public Private Partnership, development, facilities management and petrol retail. Sewell Group now employs around 500 people and has a turnover of £100m.

Self-published using the services of Whitefox, “Half a Lettuce” is limited to a print run of 1,000 and will not be appearing in a book shop near you. Copies are being distributed initially to private contacts and business associates and can be ordered from Sewell Group.

The book doesn’t have a cover price but donations are encouraged in aid of the Hull Animal Welfare Trust, the organisation formed by Paul’s wife Sue in 1982 and established as a charity in 1992.

Paul said: “The book is in no way a commercial venture and all donations will go to my wife’s charity the Hull Animal Welfare Trust.

“They say everybody has a book in them and that’s true for we all have a story to tell. I know now that it’s hard work and I have a renewed respect for authors of whatever type. After being encouraged to write it and capture some of my and the Sewell company story I have found the process most cathartic, remembering the journey and reinforcing the values upon which we have built the business.

“To coincide with publication of the book I’m setting up the Half a Lettuce personal investment company to help entrepreneurs, people I am already working with who I like, whose values I believe in and who I know have what it takes to go a lot further.”

In addition to the support of Alan Johnson, “Half a Lettuce” carries endorsements from an array of prominent figures from the worlds of business, sport, culture and politics including former Secretary of State for Education and founder of the Social Mobility Pledge Justine Greening, award-winning playwright John Godber and rugby league legend Jamie Peacock.

Justine Greening wrote: “Paul Sewell is the embodiment of a man who understands how business can be a force for good. I saw this through his involvement with the Social Mobility Pledge. Paul is a visionary example of a business leader steering his company to shape the community it serves for the better.”

To request a copy of “Half a Lettuce” from Sewell Group please email
jo.taylor-standley@sewell-group.co.uk